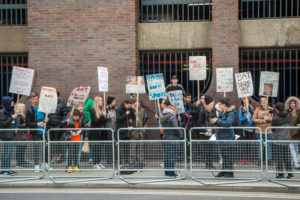 Smokefree laws have been extremely successful and popular, including among smokers. A YouGov survey commissioned by ASH in 2014, found that 82% of adults in Great Britain support smokefree laws. This includes 54% of smokers. Only 8% of adults oppose the laws.

Not only is smokefree legislation supported by the public, but it has resulted in significant health benefits. It has also led to changes in behaviour and attitudes towards smoking.

Some of the positive outcomes of smokefree legislation include the below.

Following an active campaign by the British Lung Foundation, in July 2014 the Government announced a consultation on draft regulations to prohibit smoking in cars when children are present. This measure is supported amongst the general public: a 2014 survey commissioned by ASH found that 77% of respondents supported a ban on smoking in cars with children. For more information please see the Smoking in Cars page.

Despite public and cross party support for maintaining and extending smokefree places, the tobacco industry and a small number of MPs have attempted to lobby for amendments to the law, particularly to bring back smoking in pubs. However, there is no objective evidence to suggest that there is any public for this or that the hospitality industry has suffered as a result of smokefree laws.

Although the smokefree law has brought unquestionable health benefits, some people are still exposed to secondhand smoke, particularly in the home and in private vehicles. This has become the main focus for current campaigns aimed at minimising exposure to other people’s tobacco smoke.

For further information on the smokefree campaign and impact see the archives section of this website (link on the left-hand menu).