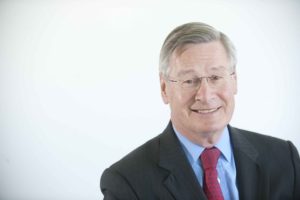 The Smokefree Action Coalition welcomed the publication of the independent review of evidence undertaken by Sir Cyril Chantler on standardised packaging on 03 April 2014, known as the Chantler Review.

Speaking in the commons, Jane Ellison MP, Minister for Public Health said that the report found it was “very likely to have a positive impact” on public health. New regulations mandating standardised ‘plain’ packaging of tobacco products came into effect in May 2016.

The consultation followed Parliamentary support for the inclusion of enabling legislation on standardised packaging in the Children and Families Bill. In the Lords this happened without a vote, the vote in the House of Commons was overwhelmingly in support of standardised packaging as well as proxy purchasing and an age of sale for e-cigarettes of 18 with 453 in favour and only 24 against. You can find out how your MP voted here.

ASH gave evidence to the inquiry by Sir Cyril Chantler, which you can read here

ASH also provided a critique of the tobacco industry’s evidence which you can read here (PDF).